Woke up today at about 6.15am to a complete white out. Lien opened the window in our dorm and the first words were ‘omg’.

I’ve never seen so much snow in my life, and never before on top of a mountain. It was so beautiful. But the problem was that I wasn’t able to make it across Col des fours in such weather. Was deciding between staying a night at Les Chapieux or go all the way to Elisabetta today. Sought some advice from the rest going the same way, and decided to go ahead on the latter option. Lien and Wannes told me a German group was going that way so I should follow them.

And I was so glad I did.

The descend through the snowy mountain was so exciting… And scary. The snow was almost 10cm high. Some parts were so steep it was crazy and I was sweating. Luckily I had my hiking poles with me, absolute life-saver. The Germans were so nice to lookout for me. The guide, Gerhart is actually a travel agent, leading the group of people who are members of the German alpine club, and it is also his first TMB!

At around 12pm, we arrived for breaktime at Refuge Les Mottets. I wasn’t hungry so I ate just a energy bar and water. Chatted with 2 girls from Denmark also doing the hike in 10-11 days.

The hike to Col De la Seigne was so so so terribly tough. I had a hard time staying with the Germans, so I lagged behind and saw the Danish girls (Maia and Eva) behind. Decided to wait for them to hike together. Maia was so nice to lend me her woolen socks as makeshift gloves (genius actually) cos my hands were out holding the poles. They are so incredible bc they had no poles, yet they were able to balance so well especially on the slippery slush and mud. Mad amazing. And then we jumped across the border and into Italy. It was such a great feeling. Of course, after that, the descend to Refugio Elisabetta was a breeze compared to earlier today(and yesterday).

Dinner was fantastic, even better than the one at Bonhomme. Well, Elisabetta is famous for the food they serve. Tonight, we had a bread with cheese and tomato for starters, risotto(super yummy and comforting), pork and green beans, and cocolate pudding for dessert. Oh before that, I had their hot chocolat, which was AMAZING. Thick, like melted chocolate basically. The hot shower was short-lived but better than nothing.

Heading to Courmayeur tomorrow. Looking forward to my nice hotel stay 🙂 Should be a good break. Time to also get me some better shoes. the trail runners aren’t doing quite the job now with all the snow.

Photos of the day (with caption): 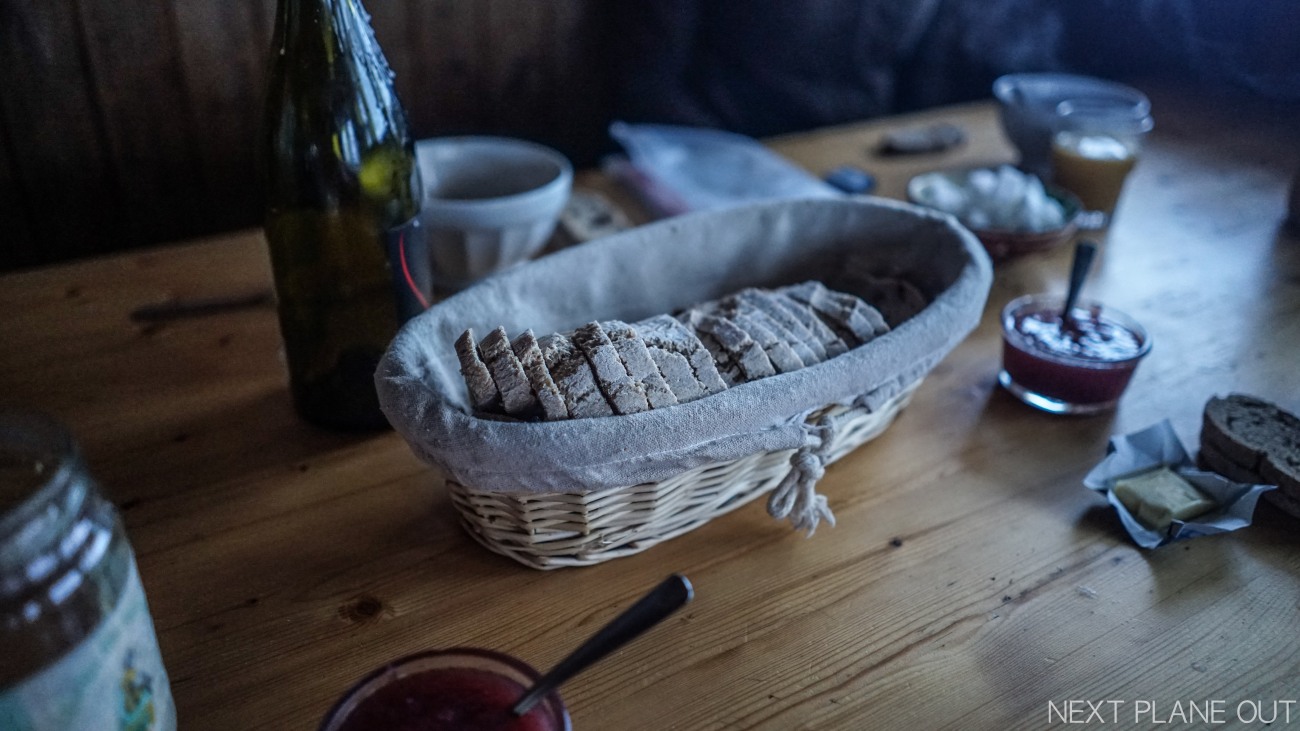 Woke up to a white- out. It was my first time encountering a snow storm. It was exciting yet scary.

Lien, Wannes and the french guy who water coloured the scenery along the TMB!

The german hiking group that I tailed closely to, down the snowy mountain. It was an exhilarating experience. 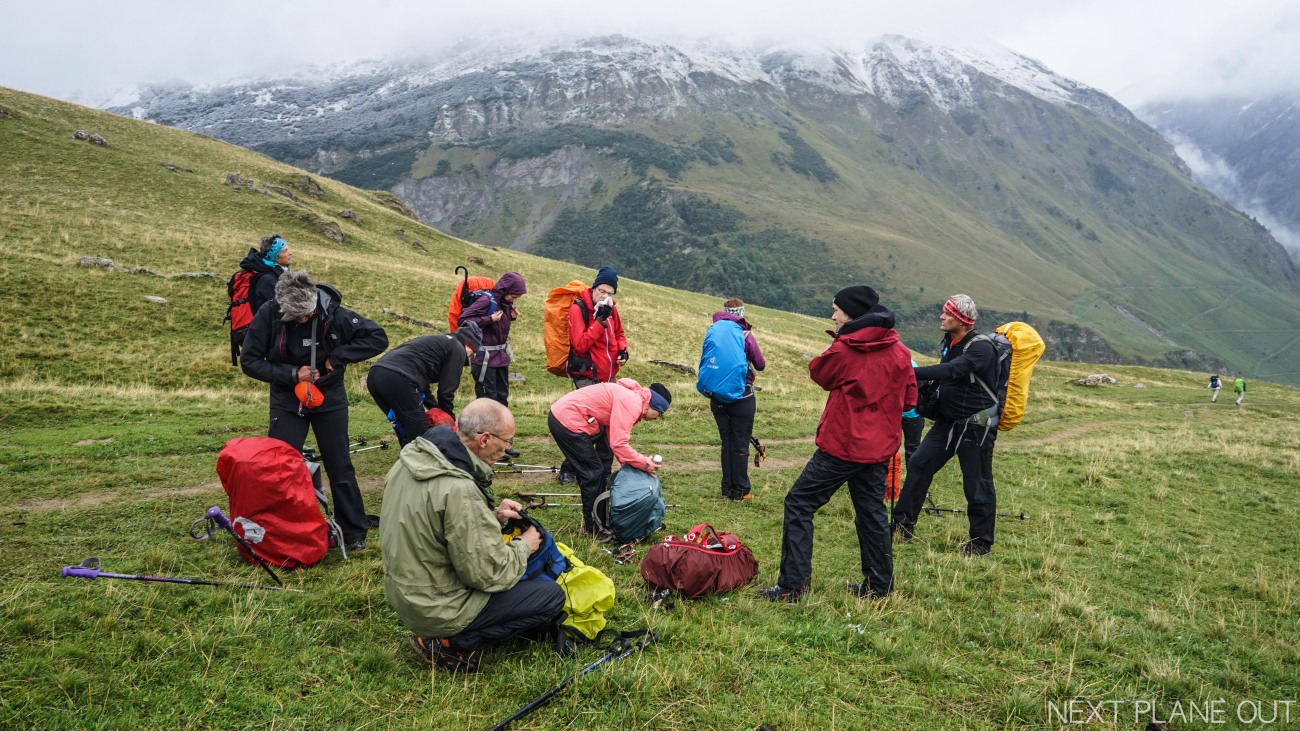 The colourful german group, taking a quick break before continuing the descending to Les Chapieux.

There is a small little cafe selling coffee, snacks and little postcards down the mountain. I got myself a nice coffee and a little biscuit recommended by a girl from the german group. 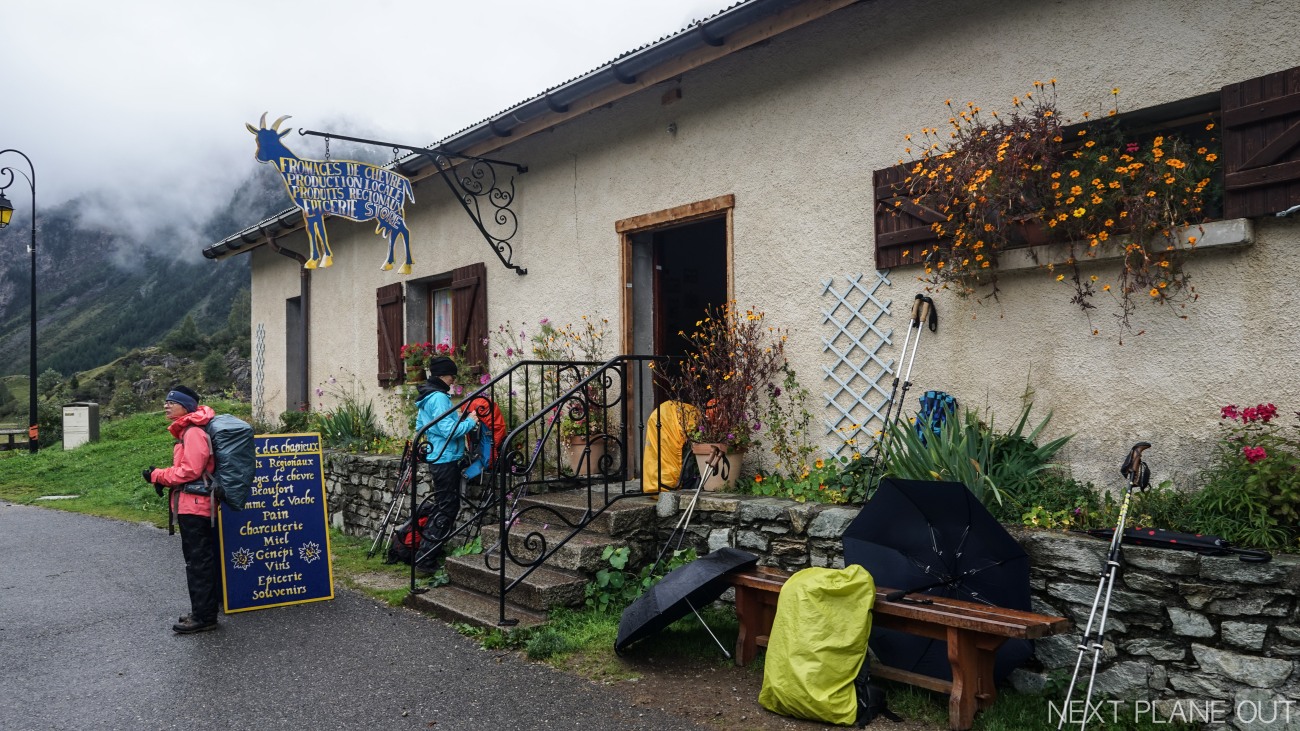 Biscuit with fruit jam inside.

Quick toilet break before continuing on to Refuge des Mottets

After arriving at Refuge des Mottets, some of them had lunch, while I ate my energy bar with water. I also met the Danish girls then. Afterwhich, we started the ascend to Col de la Seigne. It was exhausting, but the views were so rewarding. 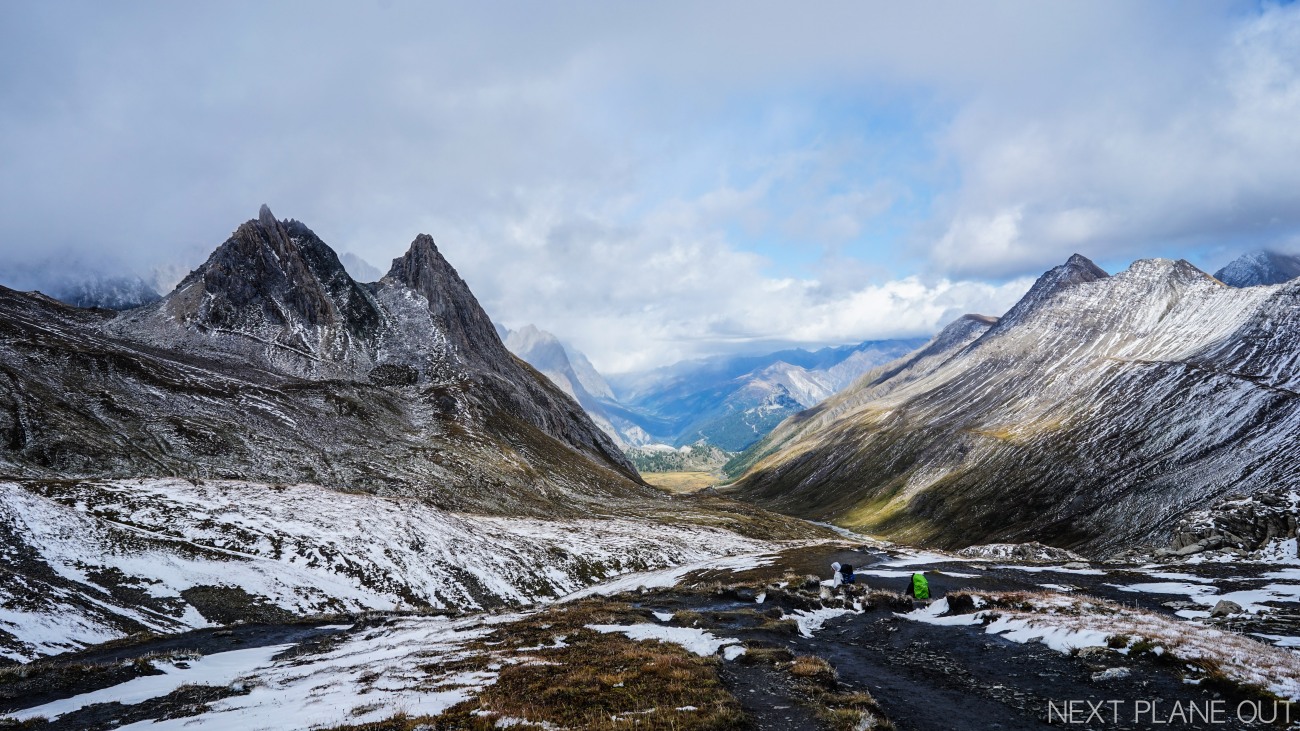 The feeling up there was amazing. 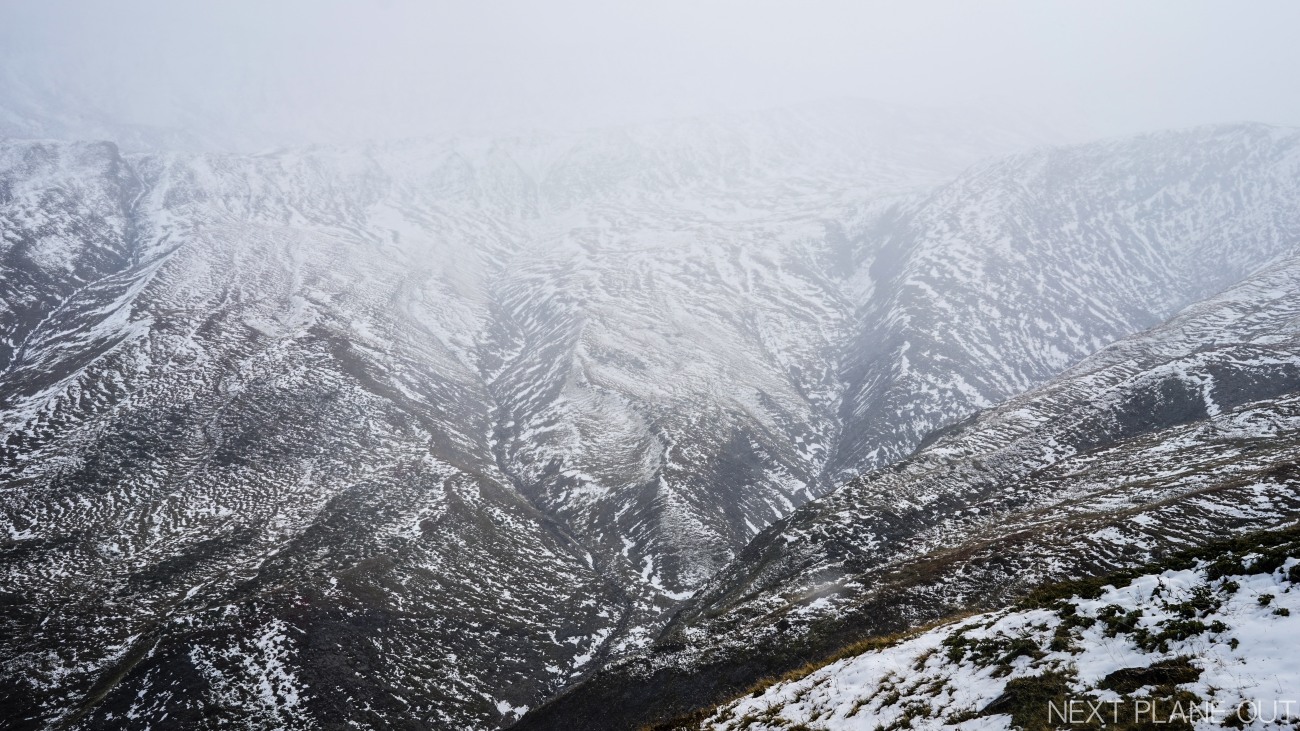 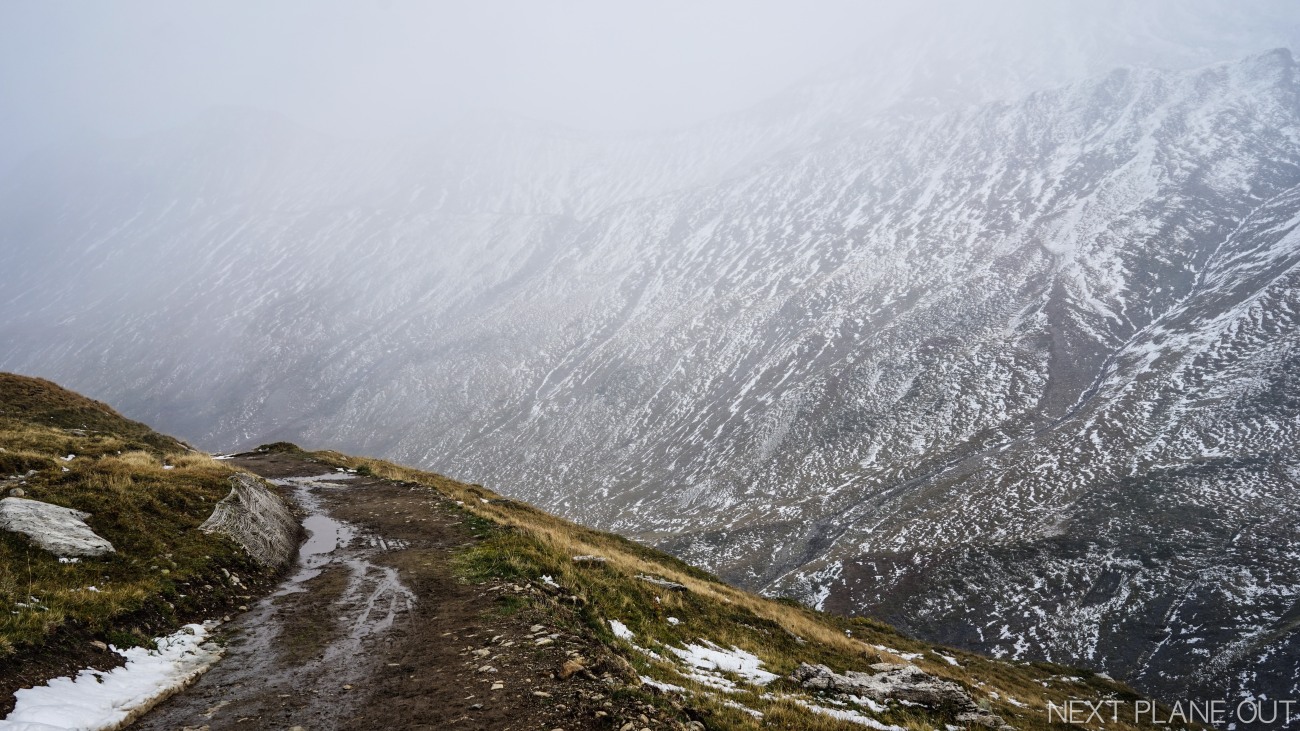 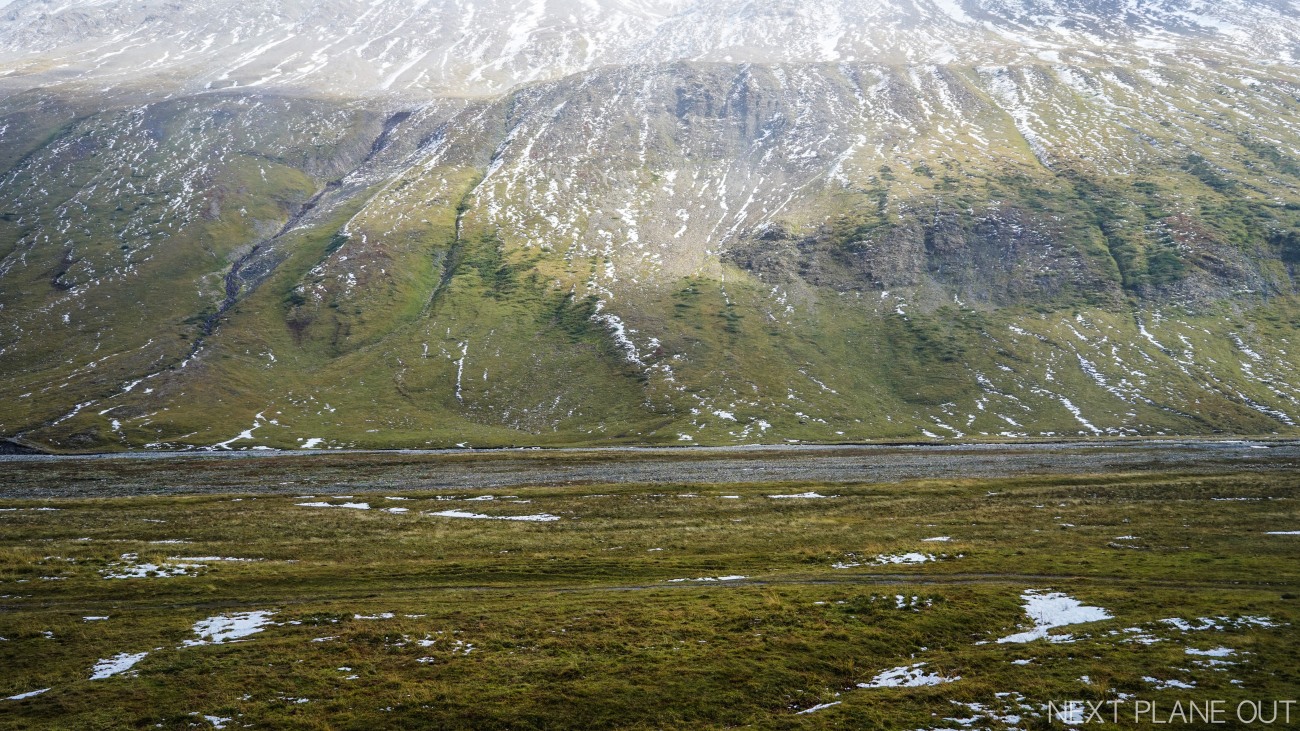 The trail gradually became flatter, and slowly, Rifugio Elisabetta was in sight. 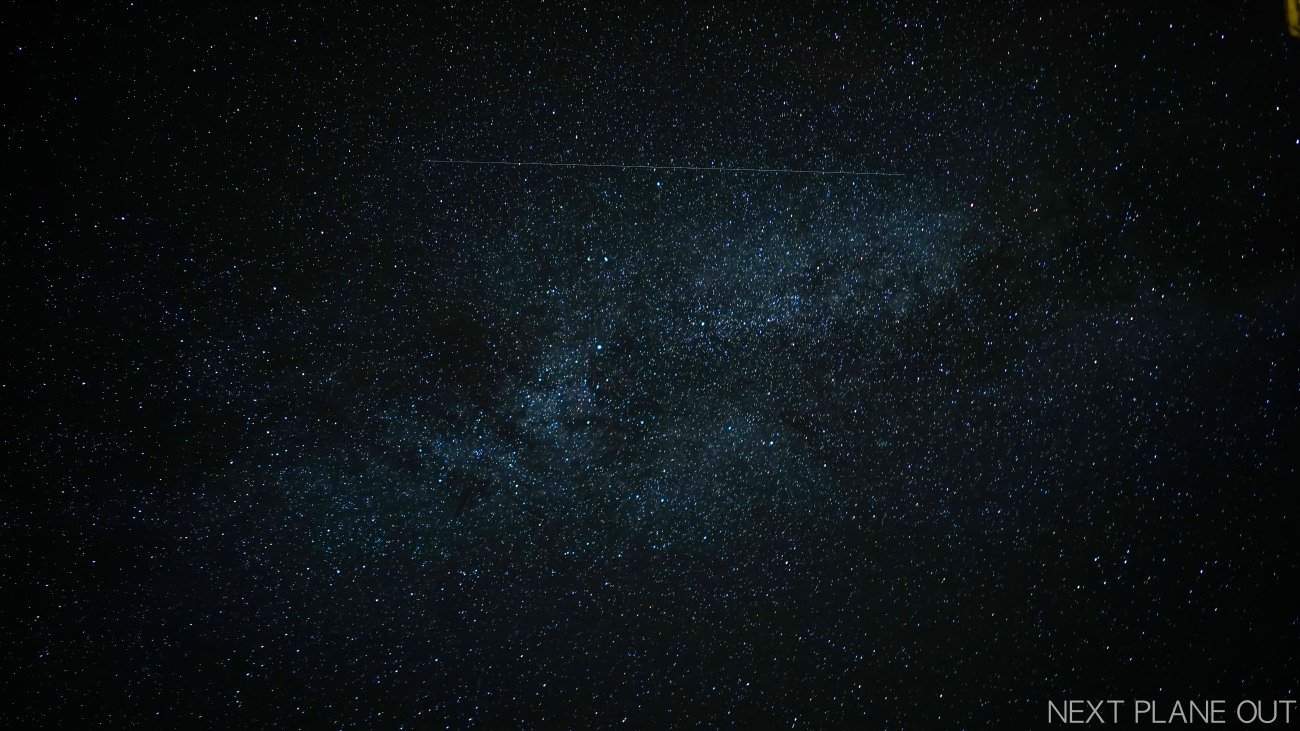 I was chatting to Laura from Bristol and Naor from Israel at the benches near the front door and decided to go out to shoot some stars. It was freezing cold. Running out and back in my socks… I got this shot below. I was satisfied. It was all fun!

Check out my other articles on the Tour du Mont Blanc: 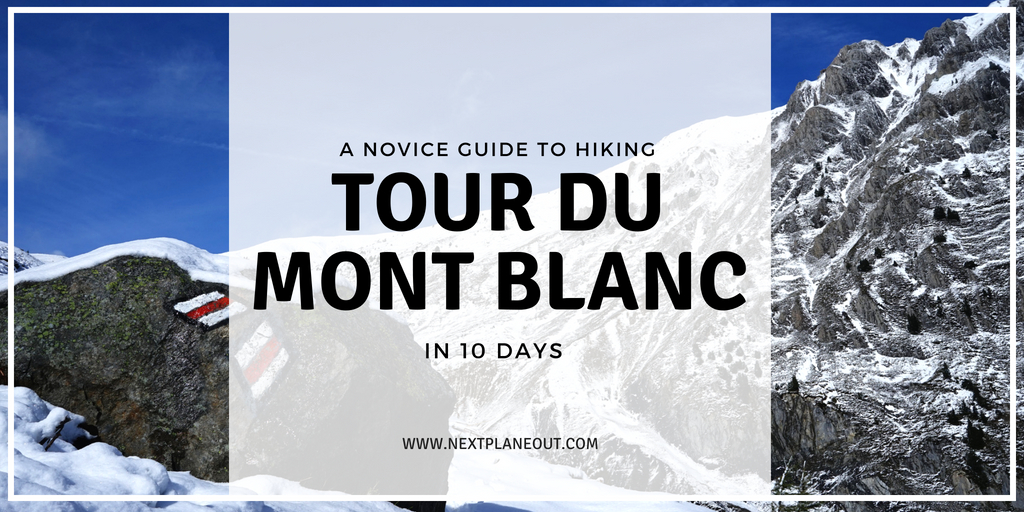 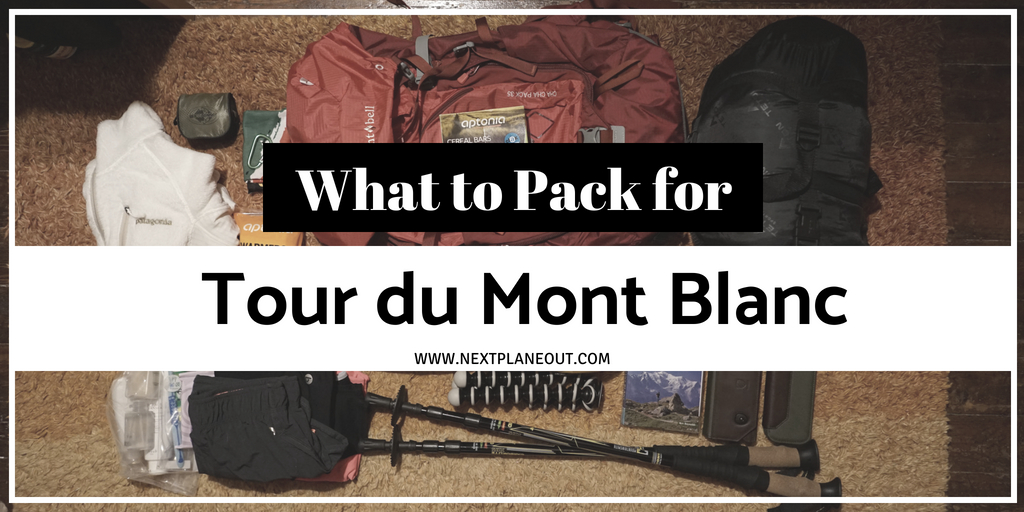